Why set aside time each day to sit quietly? I mean, we’re all pretty busy these days, and taking time out to do ‘nothing’ seems pretty selfish. There are still references to ‘navel gazing’ in some sectors of our Western culture, and worse yet, taking time during a busy workday... that's just counter-intuitive! 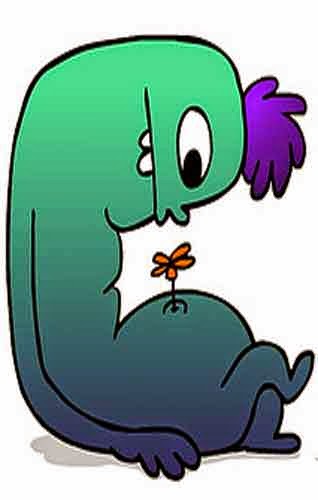 I remember going to look for a job after coming out of a long retreat at one point; I’d spent the previous year recovering from a back injury and doing a lot of meditation practice. I’d ended that period with a two-month retreat. I was exuberant about my practice and very dedicated. I was in awe of the transformational power of meditation. I was doing volunteer work was working on an Excel file and scrolling through a spreadsheet; when previously all I’d ever seen was a blur as I scrolled, this time I saw each individual cell stand out in crisp relief as I whizzed down the columns. It was pretty amazing; I was able to focus and see things at an entirely different level, both physically -as with the spreadsheet, visually- but also on a comprehensive level.

Anyway, I was pretty passionate about all of that, and when I went to interview for a job I talked a little too much about my meditation practice and what I'd been doing, thinking they’d see what a great benefit it would be to have such a reliable, honest and effective person working for them; things I felt that a dedicated meditator personified. So I was pretty surprised when the woman interviewing me seemed concerned and asked me, “You’re not going to be meditating at work, are you?” Ummm... Hmmm. Ok, so she didn’t have a clue what it was all about. Lesson learned (well, sort of anyway…  I’m kind of a hopeless case on this theme… ) Rather than understanding that having a meditating employee would actually be a great benefit to her organization, she saw it as a liability. Sad.  (Next!) 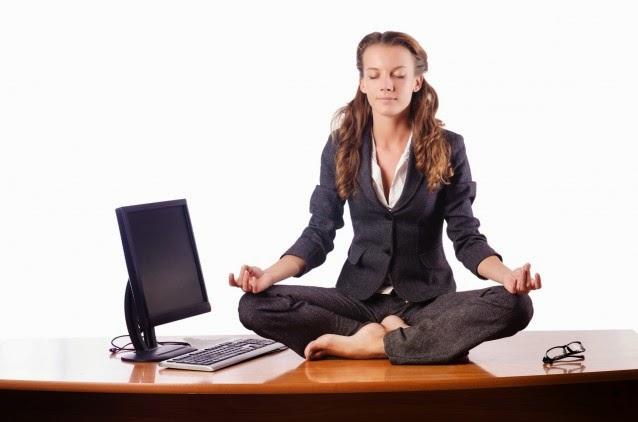 I realized then that most people who aren’t familiar with meditation don’t really understand what it’s all about. They think meditation is an escape or that meditators are space-cadets or just ‘out there,’ as much as mindfulness is popular these days, meditation is still not always considered mainstream.

Many don’t get that meditation practices, especially mindfulness, are not only an enormous benefit to the meditator, but that having an employee with the skills of meditation can affect the interactions of those around them as well as the bottom-line for the organization.  (Nevertheless, I tried to talk a little less about my meditation in subsequent interviews…)

However, happily, more and more organizations have seen the effects and the numbers and are offering mindfulness training as part of their benefit package, Google has even created its own mindfulness program called ‘Search Inside Yourself’. A few other large companies offering mindfulness programs include Aetna, Genentech, Ford, Target, Adobe, Goldman Sachs, General Mills, Apple, Nike, Proctor & Gamble, Huffington Post and AOL.

In general, mindfulness training not only improves personal well-being, but studies also have shown its positive impacts on relationships, productivity and health outcomes. Mindfulness meditation in the workplace has been shown to decrease sick days and healthcare costs, as well as increase focus and productivity. Research has indicated that for care-giving professionals such as doctors, nurses, psychologists, social workers, hospice workers, etc., mindfulness programs decrease burnout  and increase skills in patient-centered communication (which translates to better patient outcomes).  I would hope that it has become harder for an employer to begrudge an employee a few minutes of meditation throughout the day for the benefit it reaps all around. There's an old Zen adage that says, "You should sit in meditation for 20 minutes every day, unless you're too busy, and then you should sit for an hour!" Which just might have been an early version of a corporate slogan recognizing the benefit to the bottom-line.

Meditation – at least mindfulness meditation – isn’t selfish at all. Mindfulness meditation is a practice of awareness. Supporting the cultivation of a greater level of awareness, focus, and balance should be a no-brainer for any employer. When we become more self-aware, we become better able to respond to internal stressors as well as to the people and situations around us, and, as we all know, it’s difficult to attend to others when we aren’t able to attend to ourselves.
Posted by Genevieve at 11:57 AM